A friendly, ambitious yard based at the famous Whitsbury gallops, in Hampshire. 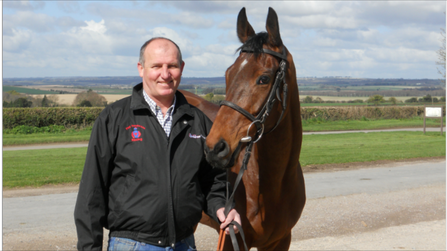 Paul Henderson has been training thoroughbreds since he took out a permit in 2005, his first ever runner  being placed second in a bumper at Exeter.

Paul had his first winner under rules, on boxing day 2007 with Lidjo de Rouge winning the Armishaws Removals trophy chase at Wincanton who went on to win again the following week at Fontwell Park. The next season, in October 2008, Paul turned professional. He celebrated a month later, winning the Daily Mail chase, a £25k feature race at Folkstone.

Paul has been around horses for most of his life. He first trained as an army farrier in the veterinary corps, where he then, as an accomplished farrier, oversaw the training of others.

After leaving the army Paul worked for 25 years as the farrier to David Elsworth. Often accompanying David to the gallops, Paul enjoyed watching and discussing his horses' routines.

Together with his friend Mark Gregory, an elite runner who was sixth in the 'Great North Run' when they broke the half marathon world record, Paul and Mark developed their own philosophy on training horses with a sound knowledge of human and horse physiology.

​In 2000 Paul turned his hand to training endurance horses with partner Jane, together they had a string of successes in their 2 competitive seasons, winning several 50-mile races.

Since getting his professional license in 2005, Paul has continued to develop and improve his training methods and has become known as a successful trainer, who has a great track record at improving horses. Most recently Paul has turned his hand  to the flat and has already delivered 9 wins, with only a handful of horses. With this success, he is slowly building a small string of flat horses as well as continuing to source quality jump horses.
contact us